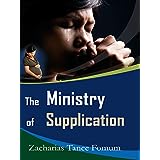 “There was a certain man from Ramathaim, a Zuphite from the hill country of Ephraim, whose name was Elkanah son of Jeroham, the son of Elihu, the son of Tohu, the son of zuph, an Ephraimite” (1Samuel 1:1).

The Bible could simply have said, “There was a certain man from Ramathaim, a Zuphite from the hill country of Ephraim, whose name was Elkanah.” However, the Bible adds that Elkanah was the son of Jeroham. It further adds that Jeroham was the son of Elihu. It continues that Elihu was the son of Tohu and that Tohu was the son of Zuph. We know that the Holy Spirit had a reason for causing this Scripture to be presented this way. We can put it out as follows:

We say without hesitation that what Zuph was, was in some measure found in Elkanah. Elkanah was already in Zuph and, to some extent, Elkanah did what Zuph did, and Elkanah learnt and imbibed what was in Zuph and what Zuph did. The spiritual content of Zuph was reflected in some measure in Elkanah. This also means that what Elkanah was, influenced his descendants in many generations to come. We can put it this way:

What we are saying can be seen in the following:

Max Jules, the atheist, lived a godless life. He married an ungodly girl. From that union the following were produced:

Jonathan Edwards, the revivalist, lived at the same time as the atheist Max Jules. He married a godly girl. An investigation was made of his 1,394 known descendants. The investigation revealed the following about them:

None of his descendants cost the United States government a dime. (Quoted From The Book, “Meat for Men” by Leonard Ravenhill, Bethany Fellowship Publishers, Minneapolis).