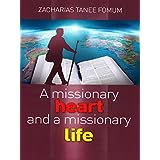 Immediately obvious here, is the fact that marriage involves parents. The word man here involves woman also. It is used in a general sense, which involves both men and women. So, it is man with woman implied.

However, if a marriage is consummated before it is blessed, it is fornication. There is no marriage before a couple is blessed. They may be joined together in the traditional way; they may be joined together in court; but this does not make it a marriage before God. God considers it marriage when the saints have come together and blessed a couple. It becomes marriage when the saints have come together and joined the couple one to the other. To some brethren, when there is agreement from both parents or parties, they are free to go into the privacy of each other. This is fornication and they will be judged for it. To others, when the mayor has signed; when the court has issued a certificate, they are free to go into each other’s privacy. This too is fornication. They will be presented this sin on Judgement Day. Unless a couple be blessed after all these other signatures and ceremonies, by the saints gathered, there has been no marriage. Any sexual act or petting is considered fornication.