To All The Leaders (ZT Fomum) 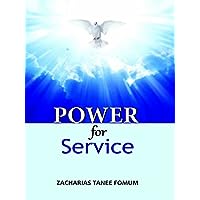 Very recently, I wrote to all the leaders in our ministry. I want to say to you, word verbatim, what I said to them.

My beloved soldier of the cross

Depth that does not lead to growth in numbers is deceit. Where is your depth leading to? In Watson’s book he writes that if people are having one meeting after another of the same kind, it is because they are unproductive. The more failure there is, the more there are meetings to discuss the same issues. Every honest leader must leave time to the people to produce results. If the meetings of the past produced nothing, why plan other meetings of the same kind? The flesh can be so corrupt that it runs away from soul-winning to hide in “prayer” and “fasting”. Without asking honest questions, a man can just be eaten up by deceit. You cannot assess success by activities. World conquest is measured in numbers that will contribute to the one billion people, which is our goal.

I thank God for your life and battles to win the lost and plant churches in your beloved nation and our beloved nations. In light of what came out you should double efforts in evangelism and in church-planting in new localities and new quarters to accomplish the goal of this year. In one month, you can bring many into the kingdom of God, and overthrow the reign of Satan in some localities and quarters by planting churches in them. December and January must be given exclusively to soul-winning and church-planting.

The meeting to evaluate and programme the work for 2005 should be held in the first week of February. Now brethren, go to war for souls and for church-planting!

With all my love