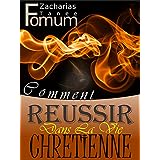 Or you may find that God has not given you something special of your own. God will guide each helper to the person he should help. He may use different methods, but the one who walks close to Him will know that God has called him to a helps ministry and also know who in particular he is to help.

If you have been called to help someone, you must decide that you are going to help him. It is dishonest to pose as a helper whereas all that you are doing is trying to use the person to make a name for yourself. All helpers must put away their own plans completely and make the plans of the person they are helping become their plans. They will have one overriding goal which is to help that person to be all that God called him to be and all that God wants him to be. Helpers will ask one question, "What can I do to make the greatest contribution that I can make to ensure that this project succeeds to the glory of God?" They will then make their goals which will enable them to be all that they can be to ensure that the project succeeds. They may be allocated an aspect of the project by the person they are helping. They will pour all of themselves into it and labour to ensure that it succeeds. However, they will labour to ensure that it succeeds, not as some separate entity but as a harmonious part of the whole. They will constantly check any manifestations of the self-life.

They will love the person they are helping profoundly and be very loyal to him. Without these two characteristics, they will not be a help to him. They will be a problem. They will love him and be loyal to him even though he is not perfect . They will recognize the call of God on his life and his total commitment to that call, and that is all that they need to love him and be loyal to him. They will consider themselves his servants, nay, his slaves. Does this sound strange? Is it not demanding too much from a person when he is asked to be the slave of another human being? Well, let us see what the Lord Jesus has to say on the matter. He says, "You know that the rulers of the Gentiles lord it over them, and their great men exercise authority over them. It shall not be so among you, but whoever would be great among you must be your servant, and whoever would be first among you must be your slave; even as the Son of Man came not to be served but to serve, and to give his life as a ransom for many." (Matthew 20:25-28). You can, therefore, see that if you truly become the slave of someone, you have decided to be the first in the kingdom of Heaven. The one who has the true spirit of a slave is the one who has made much progress in the "School of Dying to Self." They have put one person, themselves, under control. They can now serve another person as a slave and in the Kingdom, they will be given many people to rule over because they have learnt the art of submission and the mastery of self.

It is a great honour to be the slave of someone. It is being like the Lord Jesus who became the slave of man and went to the cross and died the most degrading death in order to save man. To what depths did the Lord not plunge Himself in order that He might serve? Whom did He refuse to serve? Was He not the servant of lepers, prostitutes, tax-collectors, etc?

The best example of a co-worker in the Bible is Joshua. He was very competent. He was an able military leader. However, he served for forty years as Moses’ servant. He never aspired to be anything but the servant of Moses. He stayed completely in the background. He sought honour for Moses. He was jealous for Moses. He entered into deep experiences with Moses but never sought to be mentioned. He had no desire to take Moses’ position. He never criticized Moses. He was so loyal that it was inevitable that he should become the next leader and he did, whereas all the rest who challenged Moses, criticized him and desired his position were eliminated by God. Each believer has something to learn from Joshua. The fastest way to the top is through loyalty. It is through faithfulness and exaltation of those we are called by the Lord to help. As we lift them up and they rise, we shall rise with them . If, on the other hand, we pull them down and they fall, we shall fall with them!