A Work of God (ZT Fomum) 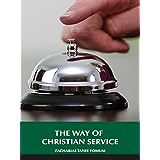 Before we think much about serving the Lord, I think it will be proper to define very clearly and very carefully what might rightly be called “a work of God.” There is so much confusion in the world today and people are doing many things which they call “works of God.” The question, however, that must be asked is, “Are these projects works of God?”

There are basically only two types of work. These are:

Anything that is not God’s work is the devil’s work. There is no neutral ground on which anyone can carry out a work that is neither God’s nor the devil’s. A work can be carried out in the name of God " the Father, the Son, and the Holy Spirit " which is actually the devil’s work. The spiritual name by which a work is called by man does not necessarily make it a work of God.
The question then arises, “How can I distinguish God’s work from the devil’s? How can I be sure that in investing my life in some work I am not thereby helping the enemy to build his kingdom?”

First of all, let me say that the success of a work does not necessarily make it God’s work. A work may appear very successful and yet not be God’s. The apparent lack of success, on the other hand, does not eliminate a work from being God’s work. Judged by the number of those who heard Him and continued to be faithful to Him, the work of the Lord Jesus was a failure, yet it was the very work of God.

Secondly, it is not the spiritual name by which men call a work that makes it God’s work; a work may be given Biblical names and even be called after the Lord Jesus, and yet be the devil’s work.

Thirdly, the motive that the workers have does not necessarily make a work God’s work. The motive may be sincere and unselfish, and yet the work remains of the enemy; a pagan who sacrifices to an idol sincerely cannot, by his sincerity, transform what he is doing into God’s work.

Lastly, the purity of those involved in a work does not necessarily make that work a work of God; for someone may be pure but misguided or deceived.

What then are the characteristics of a work of God? Here are seven characteristics that distinguish a work of God. As you read them, prayerfully examine the work you are doing or plan to do, and see if indeed it is God’s work. If you find out that it is not God’s work, stop it at once; for not only have you not been working for God, but you have mistakenly and truly been helping His enemy to build that kingdom, his kingdom, that is violently opposed to the Kingdom of God.