A Look at the World (ZT Fomum) 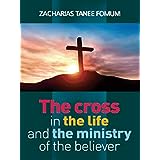 There is a lot of vice in the world. The world in general and our country in particular has a lot of needs. Some countries have even greater needs. The political systems of the world, even at their best, are evil and full of contradictions. There are floods, earthquakes, racial tensions, famines, the toppling of one regime by another, etc. Yes, there is woeful crime and tragic injustice. The prisons are full. Some have the problem of being overweight. Others die from starvation. Many laws are being made to keep things in order, but the breaking of laws outclasses their making.

There are problems everywhere. Political leaders are sincerely or insincerely trying to find answers to these problems. There are definite efforts being made, but as a former Secretary General of the United Nations said: “We have tried so hard to bring peace to the world, but we have failed so miserably.”

God’s solution lies in the comings of Christ, and He has no other lasting answer for now.

GOD HAS THE ANSWER FOR THE WORLD’S PROBLEMS

Every believer should know that the Lord is concerned about all these problems. They are not “worldly” as some will want to make us believe. All believers should also know that God has prepared a solution to all these problems. He has not only prepared the solution. He has established firmly when that solution will be applied. Because God is concerned and has prepared the solution and set up a time for the application of that solution, the believer need not worry. He should be at rest. He should also not make his own solutions. He must wait for God’s solution. Only the mature can wait on God. These have come to the end of trying to suggest to God. They instead hear from Him.