No Result
View All Result
Home From His Lips 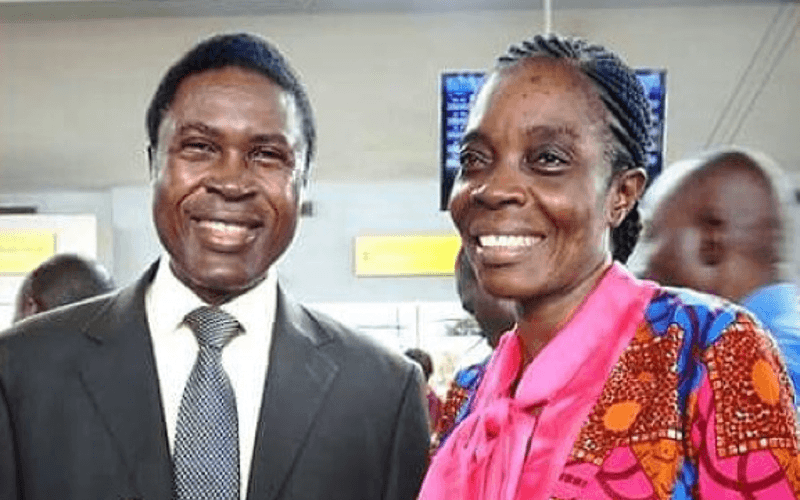 While he was battling with sanctification, when I got there, the first thing was to take me privately and confess his sins. The only other person like that is Brother Joe Gado. Joe Gado is a prince.

Boniface left Cameroon with his dissertation written. He said, “Here are my seven strengths and my seven weaknesses. Those of his wife were also spelt out.

They came from Douala and spent time with us before they went to their mission field. We spent time just for them to tell me their weaknesses. They said, “This is where we are likely to fail you.” No other missionary couple ever did that.

I went to Bamako and Boniface sent Guy Armand with an envelope with a card on which he listed all of the sins he had committed in his thoughts.

One day, after I got to the airport, we drove straight to the house. He took me into his room with his wife and he began to roll on the floor because he had embraced a sister longer than he ought.

While he was battling with sanctification, when I got there, the first thing was to take me privately and confess his sins. The only other person like that is Brother Joe Gado. Joe Gado is a prince.

Brother Boniface is a transparent man. One day brother Joe Gado told me, “One day we will stand before the Judgment Seat of Christ. I don’t want my wife to say, ‘So this is the crook I married, thinking such thoughts and having such desires?”’ He works in a place where there are different financial benefits. When there has been the slightest question in his mind, he has come to check with me. This kind of transparency overthrows hell. Boniface is like that. The devil has no place to settle. I know exactly how much he receives in Galatians 6:6, because all greatness must first of all be inward.

Then he is a humble man. He says his wife can handle money better, so he lets her handle the money. There was a time he divided the work. He led seven departments, his wife led five. If they have problems, (because those who get married will have tribulations in the flesh), when I get there, that is the first thing he raises.

They wanted to buy land between Abidjan and Yamoussoukro. They saw it and measured it. He told the man who was selling the land, “All will depend on what my leader will say when he comes.” We got there and went to see the land. From the moment I got down and we started walking my spirit was at war. I told him to forget it. He told the man, “I told you it would depend on what my leader would say.” If they had bought the land, they would not have been buying 22 hectares in Abidjan now. They have paid 100 million francs already. He is a man under authority.

He wrote saying, “I want the work in Abidjan to be after the model in Yaounde.” There are people teaching strange doctrines. They want to be originals. They will go nowhere.

When the brethren were struggling in Niger, he took a bus with eleven people to go and help the Minyogogs.

There were some problems in Togo; in Ivory Coast, they invested one thousand 3-day fasts so that God would correct the problems in Togo and Brother Boniface headed the delegation that went there again and again. Henriette Mbarga could tell you more. That is the man. He is involved the whole work, even from his mission field.

When the mother of Talla in Yamoussoukro died, he went personally from Abidjan to Yamoussoukro to tell him. He didn’t just call by phone.

Boniface loves the people. His house is unceasingly full of people. One brother offered him a second-hand Mercedes. He refused. The brother flew to Cotonou when I was there, to persuade me to convince Boniface to accept the car. Then Boniface accepted the car.

He registered for a Master’s in Communication since that is his field of study. When I got there, I found that it would occupy him from 7 .a.m. to 2 p.m. for one year. I told him to stop it. He gladly stopped it and that was the end. That would have been the destruction of his ministry. These are some of the things that are not known about the man. We have his accountability always.

In Yamoussoukro, Talla has prepared a room where Boniface goes and locks himself for his seven-day retreats. That is part of the ‘Menye story’. He is not perfect, but he is sold out. He got some missionaries for us. I found their accounts so low. He said, “Don’t blame them; I was not seeking God, so they could not seek God. I have started seeking God.” In two or three years their people will be different. We thank God for him.

I have said this, so that you may learn something from him to make yourself a better man. Do something about it. You can learn from him. Why don’t you learn something from him to add to your strength? When I have sent people there, he has received them with the same honour that he gives me. A whole crowd of them have come to the airport to receive people I send like Henriette Mbarga and also to see her off.

In Bamako, he sent three elders. He could not come. He flew them to Bamako. One of the elders said, “A cause de l’Evangile, je suis entré dans l’avion pour la première fois (because of the gospel I have entered into a plane for the first time)”. That was the day, 400 people were baptized. I command you to learn something when we talk about somebody.

I thank the Lord particularly for brother Talla and the wife who have just become the next missionaries and they follow Boniface with all their hearts. But God also exalted them. There is sister, an intercessor for the Tallas. Who is your intercessor? We have been given a global work to learn from one another.

Their nation there was at war. After one and a half years, they told us not to send them allowances anymore. After those one and a half years, they have paid all the tickets for all my trips and for my companions on the trips. When I went for the convention last year, I brought back 20 million FCFA. Now they are giving monthly. They are the first givers outside Cameroon. They see the whole work.

He has been grooming an intercessor for ZTF. She has come here for one month. She will come again. They have a ZTF prayer room there. It is just a different heart and a different spirit. Why don’t you ask God to change your heart for your own good?

A brother went from Yaounde and gathered brethren there, and began to speak against me. When Boniface heard about it, he called the brother and rebuked him and asked the brother to come and repent to me. The brother came and repented. Your heart will demote you or promote you. Why don’t you take this opportunity to ask God to do something in your heart?

There was a year during which four people each did three 40-day fasts for Boniface so that he should succeed. Two months ago, 77 people in the Ivorian work completed a 40-day fast for church growth. This year, I told him to sell books for 25 million francs. They have already received at least 98 cartons of books. It is not a joke. More than 1.3 tons of books.

He took the prophecy of their missionary send-off seriously and applied it to the dot. The first man who became the first elder; he, his wife and their child went and camped in the man’s house for three days. They ended by taking him for God and he became the first elder. In Abidjan, 137 people offered to be missionary candidates. Henriette Mbarga has had to go there, interview them, select and do the rest of the preliminary work.

Lord, thank You for what You did in Boniface Menye, for it has been Your doing. Thank You for Colette Menye who taught him to be loyal and got him to forget his own ideas.

Excerpt from “From His Lips: About Our Ministry” by ZT Fomum

What Is The World University of Prayer? (Zacharias T. Fomum)