Before the 9th of September, 1979, the day on which the light of God exposed me before Him, day and night, my life had been characterized by the fear of the future, the fear of death and many worries.

Just after I lost my father, being the first born in a family of many children, I was plunged into the fear of death. This was increased when, as a first year student in the University of Yaoundé, I knew many failures in my academic work, something I had rarely known in my life before. The fear of death and of the future, worries about the cares of this life and academic failures became part of me. I was so haunted by all these that I knew so many sleepless nights, nightmares, and restlessness. Very often I dreamt of torments, often seeing myself in a sick bed in the hospital and the normal 6 feet deep grave. I was so bound by these thoughts and dreams that my blood pressure rose from 15/10 to 23/11.

Indeed the day it rose to 23/11, the nurse who took the measurements at the University Health Centre, Yaounde was frightened and thought I might die. I was urgently sent to the section for Heart Diseases in the Central Hospital where, after some rest, I was asked by some nurses if as a student of the University I had no allowance, and whether I was not lodged on campus, or whether I had other problems. Actually, I was privileged to have an allowance and I was also lodged on campus. Their advice to me was that I should be content with the allowance and my lodging and forget about other problems. I was told I could co-operate to get my healing by developing a peaceful heart. But where would peace come from? I tried to seek peace by listening to music on cassettes, or by forcing peace in me by distraction… Even thus, I failed in my pursuit for peace.

The climax was when, for a few days in September 1979, I began to behave as a fool. Sometimes I behaved as a drunkard, or as a mentally deranged person. I used to see illusions, strange lights and strange things. One day I went as far as jumping out through the window. I experienced this climax of the effects of deep-seated fears and worries in the home of a believer who housed me by reason of his faith. I was still someone who was separated from God. Hence one thing the believer was busy doing was that he was praying for my deliverance from this situation.

I soon became normal and, on the 9th of September 1979, was invited to attend an evangelistic meeting here in Yaounde where I heard the gospel preached so powerfully for my first time. I was brought face to face with my lost condition and my unbelief in Jesus Christ. I made the most important decision of my life by repenting, believing and receiving the Lord Jesus as my Saviour. But I was not yet healed of the high blood pressure. About a week after my commitment to Jesus, I locked myself up in a room, fell down prostrate and wept before God for my healing. I got up from the floor totally healed. Jesus filled my heart with the peace of God – the peace I had pursued but in wrong ways. But for Jesus who saved and healed me, I believe strongly that I could either have been dead or mad over 5 years ago.

Hence I knew Him as my Healer, and Jesus indeed heals even today.

Again I thank the Lord greatly for my healing, and may He be glorified. 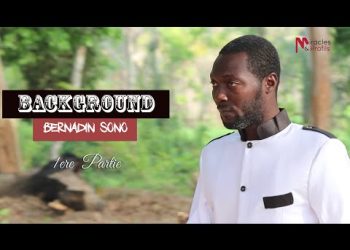 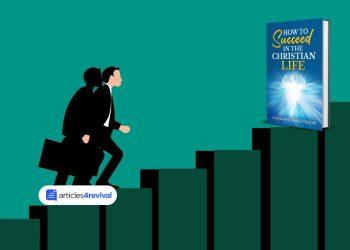