Testimony of the Healing of Kouely Rodrigue 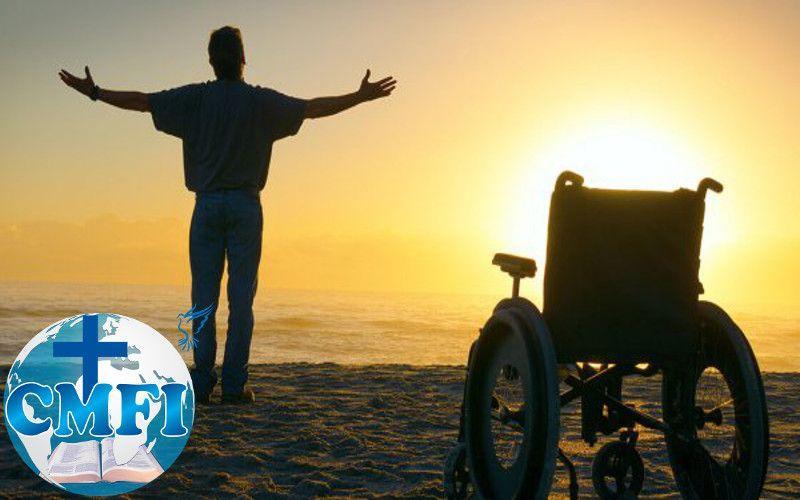 On 29th November 2007, while we were returning from a vigil with a friend, our vehicle crashed into another vehicle that was driven by a citizen of Benin.

The two vehicles pulled off the road for some explanations and amicable arrangements because, fortunately, no injuries were sustained. The gentleman acknowledged his fault and handed to me his insurance documents, promising to bear all the repair expenses. We reached an agreement and then separated. The gentleman did not leave his car; instead we were the ones who went towards him. Just as we were going back towards our vehicle he started driving off. It was then that the unexpected happened: his car suddenly caught fire. Panic-stricken and unable to see ahead of him, he crashed upon me, hit me violently and projected me against my friend who fell backwards clumsily. A new accident occurred which led to my friend sustaining light wounds and I sustained three fractures on the leg, a trauma on my skull and left ribs, a crushed bone of my right leg and other serious wounds. I was later on informed that I went into a coma on the spot. I was taken to the General Hospital in Port-Gentil where the doctors considered it risky to operate on me, considering my disturbing condition. In their opinion, the best solution was an amputation or euthanasia (a procedure that hastens or provokes death in order to deliver an incurable patient from extreme suffering) if my parents agreed. I was thus kept in hospital without any serious medical care outside the proposed alternatives. I remained in hospital from 29th November to 4th December 2007. It was on the last day that my father decided to transfer me to Libreville.

On the way to the airport in Port-Gentil, the ambulance that was carrying me for the evacuation broke down for a long time. Curiously enough, when I was being transferred from the ambulance, the oxygen cans were forgotten. The oxygen that was available in the plane lasted only for ten minutes. According to the doctors, I miraculously survived for almost 20 minutes without oxygen until we reached Libreville. As soon as we got to CHL Libreville my father was notified that I was at the point of death and could not be admitted there. The reaction was the same at the military hospital, but on my father’s insistence and his use of more persuasive means, I was admitted there. I was in this establishment from 04/12/07 to 05/04/08. There, Doctor MIKELA, convinced that there was still hope for me, decided to operate on me, even against the opinion of his colleagues. Unfortunately, I have forgotten the date of the operation. After the operation, I came out of the coma on 04/01/08,but this was accompanied by a crisis of insanity due to the shock I had had on my head. This state of insanity complicated my doctor’s professional life. He was reproached for carrying out an operation that led to a crisis of insanity. During this crisis of insanity, I fractured the operated leg twice. I manifested all the attitudes of a real madman: I rubbed my excrement on the walls of my hospital room, drove away the nurses, refused to take my medications, hid myself sometimes under the bed while they sought for me everywhere, etc. It was decided that I should be transferred to the psychiatric hospital at Melen on 4th March. The report on the events during the period of insanity was given by the medical personnel, the janitors and the other patients. In the night of 2nd to 3rd March, I had a vision in which I saw a man dressed in pure white, magnificent in brightness and all his limbs were in gold. This was in a garden where there was no day and no night and there were flowers everywhere of a beauty that I had never seen before. I remember that the man told me, “You have been here since you had the accident.” Strangely enough, he was suspended in the air and it was not possible for me to speak to him. All the people whom the man cited appeared progressively as he mentioned them. Afterwards, he told me, “Now, you can return.” It was after this vision that in the morning of 3rd March I woke up in my bed in the hospital. My hands and feet were tied. My younger brother who had accompanied me and who had been taking care of me right from Port-Gentil was seated there. I asked him, “Why am I fastened to the bed?” He was the first to recount tome the episodes of my life of insanity. I told my brother that I was not to be tied up like a dangerous madman, whereas I was very normal. This was what made everyone realise that I had miraculously regained my mental faculties. My doctor immediately placed me on rehabilitation. On 6th March 2008, my mother informed me over the phone that our divorce had been declared. I wish to emphasize that I suffered a bit from amnesia when I came out of the coma and some times I was unable to recognise people. On 5th April 2008, I finally left the hospital and went to my father’s house where I was well handled. A problem arose on 12th April when my father told me that it was thanks to BWITI and the sacrifices he had offered that I was alive. I was displeased about this declaration and openly manifested my indignation. On 14th April 2008, papa asked me to acknowledge Bwiti’s work or to go away from his house. I chose to go away. As I left the family home I met pastor ABELAR who received me in his church where I have been up till this day.

When I left the hospital, I could only walk by using two crutches and this was burdensome. The prayers of the pastor who gave me a home began to make me feel better. I discarded the first crutch and was walking with the help of the second one. Even then I often lost balance and fell down precariously each time I kept the crutches aside. In addition, I found it impossible to bend forward. It was equally irksome for me to climb staircases or to bend my both legs. It was very arduous going to the latrine. It was in this state that I attended the convention by Professor Zacharias Tanee Fomum on Saturday 24th May 2008, on the invitation of Brother Gaston. That afternoon it was a brother in the church (now I know that it was brother Abdon) who supported me and helped me to climb up the steps of the “Charbonnages church.” I had started reading books written by Professor Zacharias while in Port-Gentil. I, therefore, did not hesitate when I learnt that he would be the orator at this event. I attended the meeting on Saturday till the end. I waited impatiently for the meeting of the following day. I came the following day, Sunday, with eagerness in order not to miss any part of the meeting. Once more, I stayed till the end.

During the prayers for the sick I felt a freshness that was enveloping my legs. All of a sudden, I stood up promptly and, curiously, without any support. I realised that something had just happened to my physical health. I walked towards the stage and climbed up the steps with surprising ease. On the stage, I walked at a steady brisk pace from one side to the other, without my crutch and without any problem. There was an explosion of joy in the hall from those who had seen me in my first state the day before. Furthermore, my prayers were answered when Professor Fomum came and laid his hands on me. I wept for joy. It was with a heart filled with joy and gratitude to the Lord that I went back home that evening. Since that day, I climb staircases without any problem, I walk without crutches and without falling. I can bend forward, to the left and to the right. At the moment I can walkover long distances and do all that I could not do or I found difficult to do about a week ago (before I received ministry). A lot has changed in my health. Each day I personally discover the changes. I have not felt any symptom of sickness or paralysis on my legs since that unforgettable Sunday. The Lord is wonderful. He has had compassion on me, has healed me and has given me a new life. May His name be glorified! Amen!

A VOICE FOR SIGNS, WONDERS AND MIRACLES  N° 001