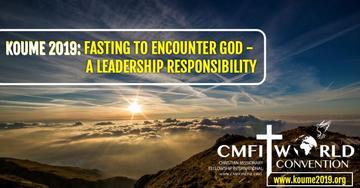 What does God want Christian Missionary Fellowship International (CMFI) to look like? What does God want the work in the nation to look like? Recently, the Lord told me, “You want a Convention? The Prince of Yaounde has been overthrown, the prince of Douala has been overthrown, and the prince of Cameroon was overthrown. When you gather all these people, what will be the testimony that something happened when these princes were overthrown?

​On the twenty-fourth day of the same month, the Israelites gathered together, fasting and wearing sackcloth and having dust on their heads.​Those of Israelite descent had separated themselves from all foreigners. They stood in their places and confessed their sins and the wickedness of their fathers.​They stood where they were and read from the Book of the Law of the LORD their God for a quarter of the day, and spent another quarter in confession and in worshiping the LORD their God.

This is another convention—Ezra’s convention. Ezra was shocked at the mixed marriages in Israel, by the worldliness that had invaded the people of God. There was no gap, there was no separation from the people of the world; everything was just mixed. The believers’ children were marrying unbelievers, and Nehemiah was angry. And when Ezra heard about it, Ezra fasted, and Ezra was angry. But after some time, some of the leaders told Ezra: “You are the one who is the leader, you must do something; call a convention, let us deal with this worldliness.” And Ezra called this convention. They read the word, explained it, repented, fasted, and consecrated themselves. The convention report finishes in chapter 10; they repented of their sins, and they took practical commitments, to be committed to God. They committed themselves, not to neglect the house of God, not to ignore the things of God; they committed themselves not to take their relationship with God lightly; but they came back to God—through fasting. They came back to being the Covenant people; they came back to the Covenant, through fasting, and repentance.

Of course, we know that he was fasting. There are the other passages where it says he was fasting, he didn’t eat or drink anything or sleep. He neither ate nor drank nor slept for forty days and forty nights, to meet God; so that God can give him the spiritual skeleton of the nation, the identity of the nation, so that God could define the nation, give him the vision to mold. He needed to know what to do with God’s people, and it wasn’t his ideas. God told him: “Come and receive what I have prescribed.” And Moses went, and fasted, for that encounter with God.

What does God want the work in the nation to look like?

Recently, the Lord told me,

“You want a Convention? The Prince of Yaounde has been overthrown, the prince of Douala has been overthrown, and the prince of Cameroon was overthrown. When you gather all these people, what will be the testimony that something happened when these princes were overthrown? Don’t you know that something becomes My own by the principle of the tithe? Have you given me the tithe of Cameroon? What is the population of Cameroon? Have you people given Me a tithe? When you say that Cameroon is Mine, that I own Cameroon… The tithe is a principle that establishes God’s ownership; when you give God a tithe of your money, your money becomes God’s money, it can accomplish what without God it will not accomplish. When the money becomes God’s money, it will do what it will normally not do. The tithe establishes God’s ownership. The satanic prince has been overthrown, where is the tithe? You people have not given Me a tithe. Will you come here in December to celebrate what I have done, without a testimony?”

In the tabernacle, that represents Israel, the throne, which was the ark is at the heart. So God is king and all the service of the Tabernacle are dictated by the presence of God in the Holy of Holies. That is what Israel should look like. Moses could not have invented it; Moses could not have created it. So God gave him the law, the commandments, showed him the heavenly vision and commanded him to have the life of the nation in microcosm represented by the Tabernacle. Their relationship with outsiders was shown by the Tabernacle; their inter-community relationships were represented by the Holy Place, and the place of God was represented by the Holy of Holies. Moses could not have invented it. Our leaders must know God. And the leaders who want to meet God, who want to know what God wants to do, they cannot but like Moses take long fasts. Long fasts are for revelation, for an encounter with God. Many of our brethren have been given departments in our ministry. They have not asked the Lord, “What is this department to look like? What did Your servant have in mind when You showed him this?” So they don’t grasp what God wants, and they run a spiritual department with carnal love, and then it is surprising when things don’t work. They gave you God’s work, and you turned it into your work.

Come up to Me, let Me give you the roadmap for your leadership. Let Me give you what the kind of nation I want you to mold for Me looks like. He spoke to him, showed him the heavenly model, and encapsulated it in a representative form in the Tabernacle.

Because every day when they would watch the services in the tabernacle (which seems so boring when you read them), they were illustrations of a nation for which God would be king. The outer court represents their relationship with the world. So there, even pagans could enter to seek God.  The inner court represented the relationship that had to dwell among them: prayer, the word of God, the light, the incense, the light from the lampstands which is the word of God; and the Holy of Holies, where God is king; God has only one representative in the nation, and only him can enter there. God is not democratic. No matter how holy you were, if you went in without anointing to do that, you died. So this issue of picking up leadership because one is competent, it is not in God’s purposes. Who has understood a little? Maybe you need to go and study the tabernacle; these are things we studied when we were still young believers. In the past, we still had many books from the Darbyst brethren and it was about things such as how the tabernacle reveals the Lord Jesus Christ and reveals the heavenly model. Now people believe and they only want God’s money; Lord move so that my wife will put to birth.  Moses fasted for that encounter with God; Moses fasted for that encounter with God; a long fast, 40 days, no eating, no sex, no sleep, no drink—40 days, to have an overview, a heavenly vision of what God wants his leadership to produce.

Leaders fast to meet God if they want to lead God’s people. They don’t just fast for spiritual power. They fast to meet God; to lay hold on what God wants their leadership to produce. Who has understood?

Please, I want us to pray that we will take our responsibility of leadership seriously. We are too arrogant. You don’t know God’s mind about people, and you lead them, to where?

Let’s pray that many will take their responsibility of leadership seriously—at home, in the church, in the nation, in the community, in the world, in the movement that God has called us to, that the brethren will take their responsibilities seriously, and seek God. That they will fast, to encounter God. Just look at Moses, forty days, no sleep, no sex, no drink, no food, no human company, in the immediate presence of God; for one purpose, just for one purpose—To receive from God, His directives for his leadership. God’s vision of the nation God wants his leadership to mold and produce.

Forty days, to wait on God, to meet God; six days God did not appear, God did not speak, so that the world can get out of his head. God does not talk to distracted and confused people. God waited six days for his head and his heart to stop being agitated, for Moses to become acclimated to God’s presence. It was a fast to encounter God; with a view to receiving God’s blueprint, for the nation that his leadership has to produce.

The matter of sin was dealt with once 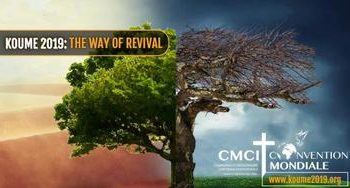 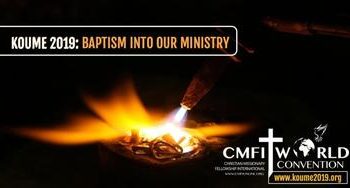 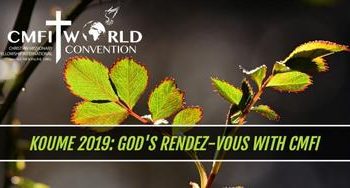 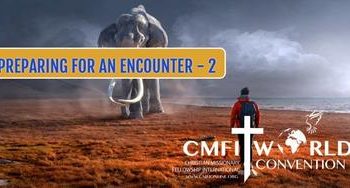 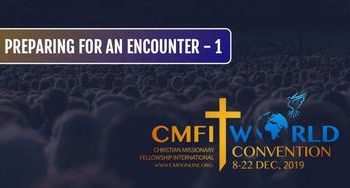 The matter of sin was dealt with once