The Battle On The Cross (Z.T. Fomum) 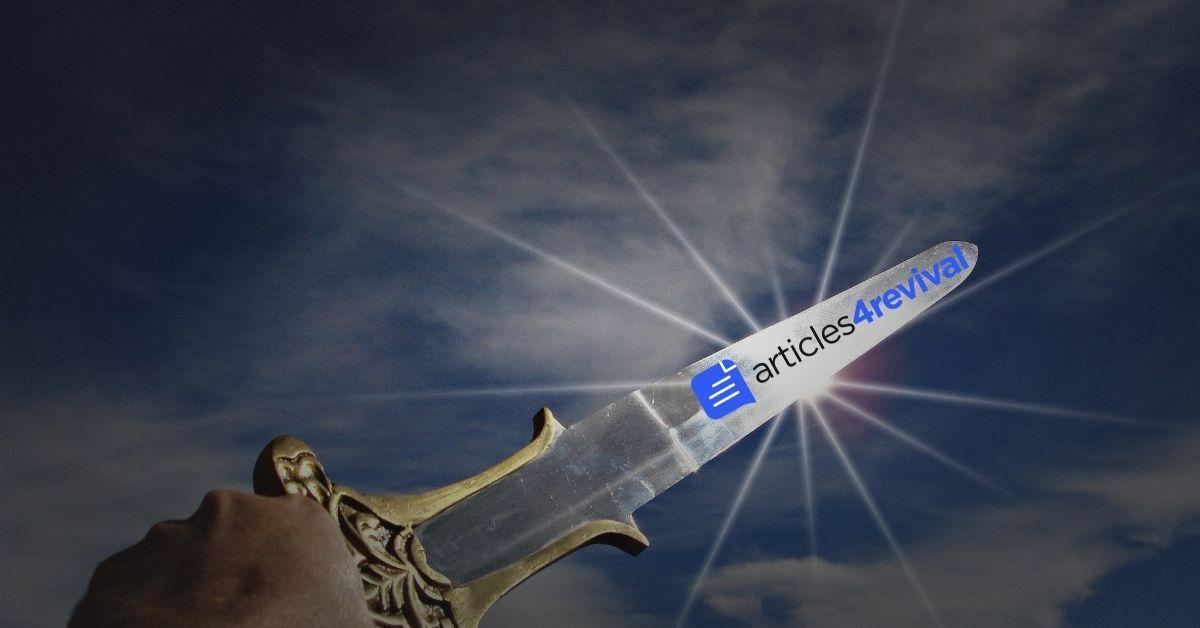 In order to see the battle on the Cross in its true perspective, it would be important to see how the devil set himself up as God’s rival and enemy. This is important; for the One who would challenge him, overthrow him and take the kingdoms of the earth from him must act in a way that is exactly opposite to the way by which he seduced the world.

THE DEVIL’S WAY TO AN ILLEGAL LORDSHIP

The devil’s way to the illegal lordship of the world was through:

The Bible says of him:

“You were the signet of perfection, full of wisdom and perfect in beauty. You were in Eden, the garden of God; every precious stone was your covering, carnelian, topaz, and jasper, chrysolite, beryl, and onyx, sapphire, carbuncle, and emerald; and wrought in gold were your settings and your engravings. On the day that you were created there were prepared. With an anointed guardian cherub I placed you; you were on the holy mountain of God; in the midst of the stones of fire you walked. You were blameless in your ways from the day you were created, till iniquity was found in you. In the abundance of your trade you were filled with violence, and you sinned; so I cast you as a profane thing from the mountain of God, and the guardian cherub drove you out from the midst of the stones of fire. Your heart was proud because of your beauty; you corrupted your wisdom for the sake of your splendour” (Ezekiel 28:12-17).

“How you are fallen from heaven, O Day Star, son of Dawn! How you are cut down to the ground, you who laid the nations low! You said in your heart, ‘I will ascend to heaven; above the stars of God I will set my throne on high; I will sit on the mount of assembly in the far north; I will ascend above the heights of the clouds, I will make myself like the Most High.’ But you are brought down to Sheol, to the depths of the Pit” (Isaiah 14:12-15).

We see in the above passages that the devil established himself through pride, arrogance, self-exaltation, the desire to be seen. His whole character was filled with:

He was filled with himself. He wanted glory for himself. His pride was based on his beauty. He forgot that all that he was was bestowed on him by Another. The devil also established his kingdom through deceit, falsehood, half-truths. The Bible says that he is the father of lies. He is the deceiver.

He was anxious to establish his own will. He wanted independence from God.

He wanted autonomy. He wanted to establish his own throne.

He was not prepared to submit to the will of God.

He was not prepared to labour for the glory of Another.

So, with pride, self-will, and falsehood, he established his throne.

JESUS’ WAY TO THE LEGAL THRONE

If Jesus was to win and take back for God what the devil had usurped, then He had to manifest:

About the humility of the Lord Jesus, the apostle Paul said:

“Though he was in the form of God, did not count equality with God a thing to be grasped, but emptied himself, taking the form of a servant (or slave), being born in the likeness of men. And being found in human form he humbled himself and became obedient unto death, even death on a cross” (Philippians 2:6-8).

A few things are immediately obvious:

By this, He knocked out the devil.

“I can do nothing on my own authority; as I hear, I judge; and my judgment is just, because I seek not my own will but the will of him who sent me” (John 5:30).

“Truly, truly, I say to you, the son can do nothing of his own accord, but only what he sees the Father doing; for whatever he does, that the son does likewise” (John 5:19).

His commitment to the will of the Father was independent of whether that will was easy or difficult; whether it led to acceptance or rejection. He yielded to it. On the night on which He was betrayed, as Peter tried to fight for Him, He said to Peter:

“Put your sword into its sheath; shall I not drink the cup which the Father has given me?” (John 18:11).

And in the agony of Gethsamane, He prayed:

“Father, if thou art willing, remove this cup from me; nevertheless not my will, but thine, be done” (Luke 22:42).

Again by this total commitment to the total will of God, He knocked out the devil.

Not only did the Lord Jesus not lie, but He was the Truth itself. He spoke the truth. He lived the truth. No lie was found in Him. No pretence whatsoever was found in Him. He deceived nobody. He gave no one any false impression. He brought people face to face with stark reality. He did not withhold part of the truth in order that larger crowds might follow Him. Rather, He warned the crowds about what it would cost them if they were to come after Him. So from the point of view of being the Truth, living the truth, and speaking the truth, He exposed the deceiver for what he was and knocked him out.

Even before Jesus faced the final cross, there was already a heavy record of actions and life that was the very opposite of what the devil did. The Father approved of Him on at least two occasions. At His baptism in the Jordan, the Father was so overwhelmed with the Son’s obedience that He spoke:

And at the transfiguration the Father spoke, saying:

But Jesus did not stop short of the cross. He carried His own cross all the way to the place where, in submission to the will of God, He allowed Himself to be crucified and thus became obedient unto death on a cross.

As He hung there on the cross, the battle with the devil moved into its final stages. As He was mocked, saying:

He bore it all without complaining. As He saw His crucifiers, instead of asking that they receive their due, He prayed that they might be forgiven. As He saw His mother now at the brink of losing her son, instead of thinking about His own agony, He provided for her by asking her to go with the disciple John. Even when the Father abandoned Him because He was bearing all the iniquity of all humanity: past, present, and future, He pressed on, in the path of self-abandonment and obedience and, when He had fully satisfied the heart of God and rendered the last bit of obedience that was required, He announced triumphantly, “It is finished,” and after that, there was no need to live anymore as His life’s work was accomplished and He therefore said:

The Cross In The Life And Ministry Of The Believer

Pressing Through to Victory (Z.T. Fomum)