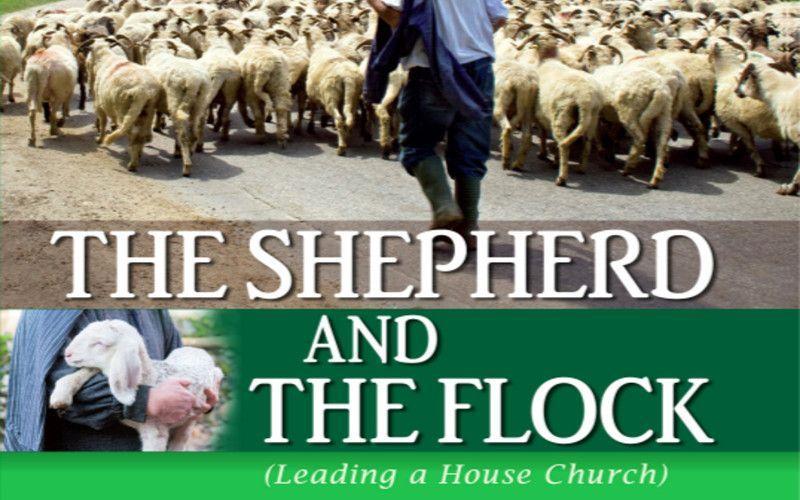 You tithe to save yourself from a curse. You tithe to put yourself in the sphere where God’s blessings will reach out to you.Abraham gave Melchizedek a tithe of everything.

“Then Melchizedek king of Salem brought out bread and wine. He was priest of God Most High, and he blessed Abram, saying, ‘Blessed be Abram by God Most High, Creator of heaven and earth. And blessed be God Most High, who delivered your enemies into your hand.’ Then Abram gave him a tenth of everything” (Genesis 14:18-20).

Spiritual people know things intuitively. In the spirit there is intuition, which is the centre of that knowledge that comes to you directly from communication by the Holy Spirit. It was Abraham’s choice. Later on, it became part of the law. And when we hear God speaking in Malachi, there is no longer any choice. Brethren, I know thatGod is a God of retribution. You cannot cheat God.If you take His franc, you will pay it back. Actually, you will pay four francs back. You will restitute by force. Brethren, I have seen retribution in so many lives that even if all the demons in hell were to tell me, “Don’t give God’s tithe and God’s offering,” I know that even my dead body would rise up and give God’s tithe and offering, because I do not know anything more drastic in Scripture than this. And I have not seen anything more drastic in real life either. I do not know any person who swindled God’s tithe and offering and went free. People pretend that they have forgotten, but they know that they are pretending.

This tithe and offering, when does it begin? It begins from the day you receive the Lord Jesus Christ! Some people say, “Oh! I was not taught. I want to begin today.” O.K, play your games. It is like a man saying, “God, do You see me?” God will speak your language; He will tell you, “I don’t see you.” But you will pay for it. I don’t know anybody who didn’t pay his tithes and who went free. By those unexplained expenditures you are just regulating the tithes and offerings that were not paid and not restituted. Students, you can decide not to pay. When God calculates the money, it may be equivalent to two years’ work, so He may keep you out of a job for two years. Brethren, I don’t want to threaten anybody, but I am just telling you plain facts. And I do not know one person who tithed and lost or who suffered because he tithed. It is absolutely impossible.

So the leader of the Assembly will ensure that the tithes and the offerings are given. He will not just say, “Well, this is an unimportant practical aspect.” He will not say, “This is the treasurer’s business.” He will look into this department, because whether people are added to the Assembly or not may be related to whether they tithed or not.

When a person does not tithe, he enters into a godless economy.

Then his spiritual life dwindles.

His hunger for spiritual things dwindles.

His hunger for God Himself dwindles.

His hunger for the Bible dwindles.

His hunger for soul-winning dwindles.

There is famine in all the domains of his life.

When the Word is preached, the person cannot get anything out of it for his spiritual life.

His thirst for sin grows.

His thirst for the things of the world grows.

His thirst for the things that God forbids increases. His whole being burns for sin.

What is the problem? He has stolen from God!

If there are twenty-seven people in an Assembly, there ought to be twenty-seven tithes every month. The number of people giving tithes and offerings tells you the number of people in the Assembly. If five people give tithes and offerings, that Assembly has five members. Anyone who counts people who don’t tithe is a fool. He is counting the wrong people. The House Church leader should teach regularly and exhort regularly to give the tithe. He should show the people from the Scriptures that giving God’s tithe is an absolute must. And if I were an Assembly leader, I would have a goal for large numbers, goals for great depths, and goals for the largest giving to God. Therefore, I would know who is giving, who is not giving, why he is not giving and what should be done to get him to give.

Dr. MBAFOR: “Yes, we ask them to tithe because they do receive gifts.”

A jobless man is not a corpse. Corpses are not asked to tithe. It is finished for them. But for every person who believes in the Lord Jesus, he has to tithe. He does take taxis. Before he takes a taxi, he may have about 150 frs. He should just give God’s tithe, 10%, and maybe an offering of 5%. If those 150 frs are all he receives for the month, he will have given God’s tithe. He won’t be under a curse. As for believing children, we say: Every child who has received the Lord should have his or her name in the register of the House Church and he must give a tithe. When the child is given 100 frs for refreshments, 90 frs should go for refreshments and 10 frs for tithes. Everybody can tithe, and all must tithe.

And the leader, for the sake of his people, must ensure that they give, so that God will open the floodgates of heaven and bless the people. They will give money, but they will receive deep spiritual blessings of all kinds. AMEN!

If somebody can only give 5 frs as his tithe, he should give it. Even if he is not working, he should pray, saying, “God, help me to have 5 frs to give to You this month.” If there are seventeen people in the Assembly, there will be seventeen gifts. The tithing tells you something about the spiritual success level of the leader. We are not asking you to give because the leader needs the money. We are not asking you to give because our ministry needs the money. We are asking you to give for your own good. The tithe goes to the local church!

The offering is anything from 0.5 % to 90% according to your heart condition and your income.If you earn 100 frs, give the tithe of 10 frs, then give 1 franc or 2 or 3 or 4 or 5 or 6 or 7 frs to World Conquest, Gospel House or Missionary Fund or any such thing, or some individual as you are led. You may decide that you want to give only 0.5 % of your income as an offering. God will not punish you. After you have given 10%, what comes next is the offering and God has left it for you to decide.

Excerpt from “The Shepherd And The Flock (Leading A House Church)” by Zacharias Tanee Fomum
Tags: Finances

How I Met JESUS: The conversion Testimony of Watchman Ndinteh 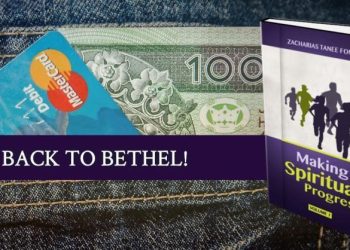 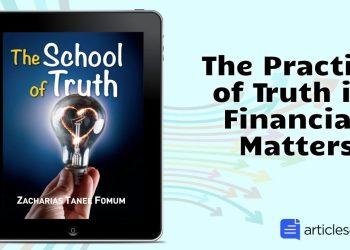