No Result
View All Result
Home From His Lips

Z.T. Fomum – An Apostle of Prayer 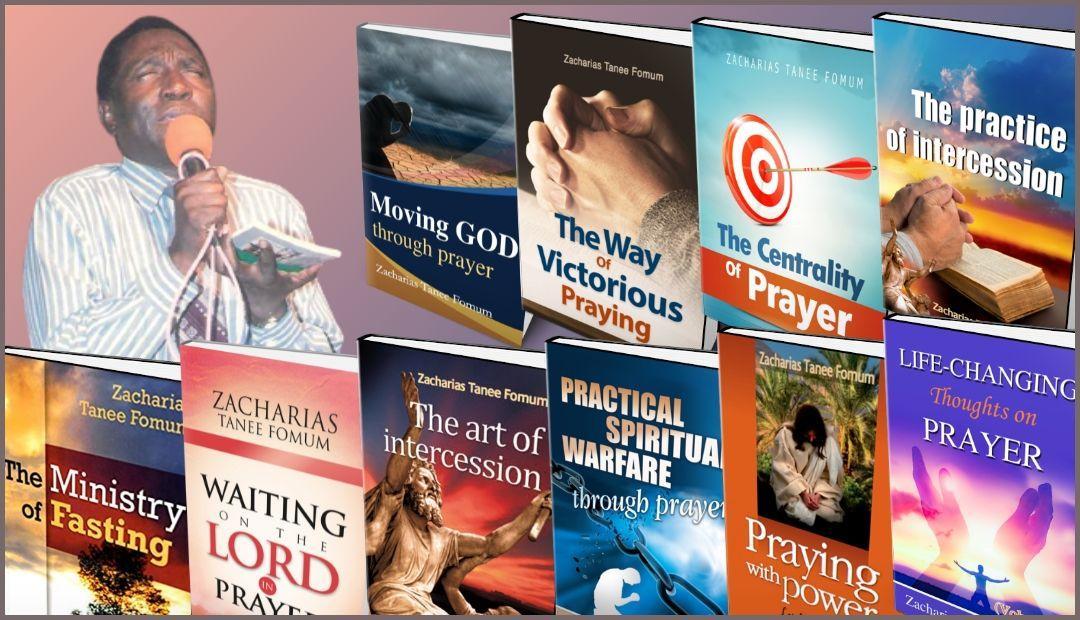 Professor Zacharias Tanee FOMUM, D.Sc. in Organic Chemistry, considered an apostle of prayer in the world, was born on June 20, 1945, of Cameroonian parents: Solomon Tanee Fomum and Rebecca Fomum.

On June 13, 1956, through a tract entitled “Someone died for you“, he gave his life to Christ, and on 1st October 1966, during his studies at Fourah Bay College in Sierra Leone, he experienced the crisis of absolute surrender to the Lord Jesus and His service.

Later on, as a Ph.D. student in Organic Chemistry at Makerere University (Kampala, Uganda), he was designated as a speaker at an evangelical conference. He saw his desperate need to be filled with the Holy Spirit and spent the next 7 days on a partial fast raising a single prayer topic to God during the seven days: “Lord, fill me with the Holy Spirit.” On Saturday, October 24, 1970, at 5:00 pm, on the 7th day of the partial fast, while he was crying out to God in prayer, the Holy Spirit came down on him in power and filled him.

Several things happened as a result of the coming of the Holy Spirit on him, the most outstanding being:

After the memorable encounter of that Saturday, he had his very first prayer night all alone. From that moment, prayer became the central thing of his life and ministry. He began to study prayer in the Scriptures and read outstanding authors on prayer, such as E.M. Bounds whose book Power through Prayer revolutionized his prayer life. His life and ministry of prayer developed and were fruitful. Eighteen distinct areas of prayer emerged as he grew in prayer and the Spirit-filled life:

After more than fifteen years spent in the practice of prayer, and seeing the worth of prayer, conscious of the very little teaching on prayer, the Lord led him to start writing books on prayer, and, thus, he became an outstanding author on prayer so that when he left this world to join his heavenly Lover on March 14, 2009, he had already written 16 books on prayer, so he distinguished as the person who wrote the most on prayer.

Today, his books on prayer are reference books and classics for anyone who wants to make progress in his prayer life and ministry.

Besides writing on prayer, he also taught the Christian Missionary Fellowship International (CMFI) community and other Christian communities on prayer. He went to India over sixteen times to teach on prayer: during one of those trips, he taught an audience of 25,000 participants on prayer. He was one of the speakers at international conferences on prayer, for example at Colorado Springs in the USA, and Jakarta in Indonesia. The more he made progress in his prayer life and ministry, the more the Lord communicated His prayer burdens to him. The Lord led him to go to China in 1996 and 2004 to plant churches in prayer. He planted 530 churches in prayer using a series of 150 prayer topics he had conceived to pray for each church. The average praying was 17hours per day during this retreat.

The prayer battles that ZTF fought along with his people include

He had a 10-day decisive prayer crusade in Varanasi, in India.

In the consolidation of the victory against the prince of Communism, ZTF carried out prayer walks and retreats in five former communist countries: The Czech Republic, Slovenia, Austria, Bulgaria, and Slovakia (we now have churches of Christian Missionary Fellowship International in these five nations).

Brother Zach always said that prayer is seeking God’s will, knowing it, and raising it to God in prayer so that He would answer. The Lord led him to start a Christian institution to teach the body of Christ on prayer: the World University of Prayer and Fasting (WUPF), the first in history, of which Professor Zacharias Tanee Fomum was the Chancellor.

Br Zach’s life is a whole school of prayer as seen from more than 50,000 prayer topics answered as recorded in his prayer request book. With his team, he had accomplished more than 57 prayer crusades (a period of 40 days during which at least eight hours are invested in prayer every day). They had also accomplished more than 80 prayer sieges (a prayer siege is an uninterrupted prayer time ranging between 24 and 120 hours). He had also carried out more than 100 prayer walks in some cities of the world. The most outstanding are the 11 prayer walks of 47 kilometers each, praying and paying the price to receive the headquarters of CMFI.

As a student in the complex and exalted art of prayer, he moved from praying for two hours to an average of about ten hours per day at the time he went to be with the Lord. He trained more than 12 distinct ministers of prayer, each carrying specific burdens of the work God entrusted to him.

If we were to write on Zach Fomum, the man of prayer, it would take us more than 12 volumes of 1000 pages each. In eternity we shall fully appreciate the caliber and influence of the man. Br Zach often said that without the unmerited favours and blessings of the Lord God Almighty and the investments of his worldwide army of friends and co-workers, he would have amounted to nothing.

Glory be to God