The day I gave my life to the Lord Jesus Christ 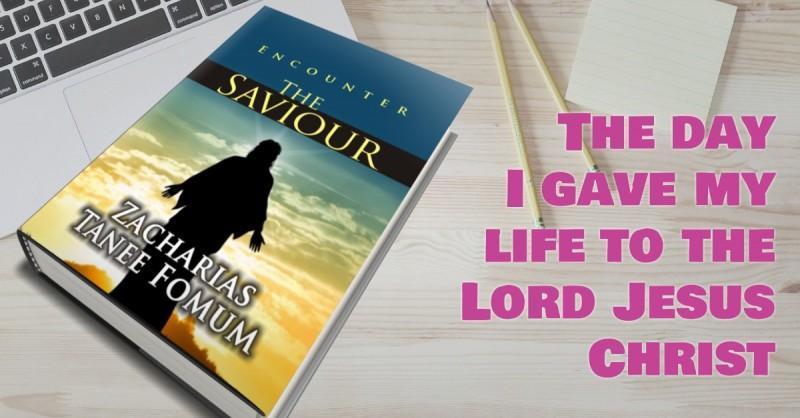 My name is Jean Ngankwe. The day I gave my life to the Lord Jesus Christ, I had come to church that day for that purpose.

The first time I heard the gospel, I did not believe. But I was quite convicted. It was in a church hall, and I sat on the last but one bench. When the preacher asked for those who wanted to give their lives to the Lord Jesus, I knew I had to stand up, but I did not. First of all, I was afraid, and I did not know this group. I had heard very many stories about those who preach. But I sat there feeling hot. At one moment, I found that I had held my bench because I did not want to stand up. I was sweating in my palms. That day I did not believe.

The Pathway to Revival: The Need For Repentance (ZT Fomum)

Before returning home, I was given a tract which I read at home. Then one Saturday evening, I took the tract and read it again. This time I could fight with God no longer. Then in my room I knelt down and wanted to pray. I did not know how to pray, so I waited for a long time. Then I decided to go and look for the tract. I wondered what I had to say to God. I begged Him to wait. I feared, I did not want to go to hell, and I found things very serious that evening. I only wanted God to enable me to confess to Him that I was a sinner.

When I found the prayer in the tract, I came back to my knees, prayed, and the Lord Jesus had mercy upon me. He was there, right there. I told him, “Take my hand and lead me every day as You want until You come to take me when You come to take your own.” I had read in a book that He will come to take His own. I was now full of joy, being sure that He had heard me. I stood up, very sure that my sins had been forgiven and that if Jesus came, I would go with Him.

I wanted to sing, but I did not know a single song. I had left religious things so long ago that I could not remember even one song. In reality, I was never the religious kind. I moved to and fro in my room like someone who was drunk. Not knowing what to do. Finally I slept off.

The next day was a new day. The first thing that struck me was that I could not now execute the plans I had previously made for that day. I went out and stood on the veranda. I had a friend whom I was quite fond of, and I wanted to go to him. I felt as though a great wall stood on my way to his house. I tried another place, but could not go. It was as if there were cramps in my legs and I could not go. But then I said I was going to go to Yaounde.

Then, there was an opportunity to go to Yaounde to listen to the gospel again. I said I must go and make public what I had already done in private. I told myself that those people should know that I too had given my life to Jesus. I was going to give my life to Jesus in public.

From Obala1 where I was, I took a bus and came to the place of the meeting in Yaounde. This time I did not come to believe, because I had truly believed. It was clear to me, but I wanted to make it public. I wanted it to be clear to everybody. One good reason for it was that I wanted to belong to those people. That is, I wanted the testimony of what I had done before God to be clear before them as well. So I came to Yaounde, where the meetings were taking place.

Just before coming to Obili2, I went to my village and told my parents that I now wanted to live the Christian life as it should be lived. They had always told me about the Christian life. They told me that it was very good. I did not know much. I had not yet read much of the Bible. Having told them, I returned to Obala the next day. Then I went to Yaounde and straight to the meeting place in Obili.

I was one of the first to be there. It was not to listen to the message. I only wanted the preacher to preach and invite whoever wanted to give his life to the Lord Jesus. All the songs they sang did not mean much to me. I listened listlessly to them.

Then the preacher came and began to preach. I was not listening to what he was saying. I knew his message was good and correct. I wanted him to get to the end and invite those who wanted to give their lives to Christ. I was the first to stand up when at last he did so. He told me to come forward. He asked the others who wanted to believe to come forward. That evening, three people stood up to give their lives to the Lord Jesus. They too moved forward.

I had never been on a platform before. So I came and stood, looking around, a bit lost. The hall was full to capacity. Then the brethren began to sing and sing. I felt as though the hall was shaking. Then they asked counselors to come and take us for counseling. A brother came and took me, and sat with me.

My joy was so great that I only said yes to all he was saying. I was not paying attention because of my joy, for I had chosen Jesus in private and had now made my testimony public. I was more than happy. I listened to what the brother was saying without attention. I was glad beyond measure.

Since the day I believed, I have not changed my mind and I will never change it. Jesus is increasingly sweeter. Twenty-three years have passed. If I were to begin all over, I would make the same choice a thousand-fold. The exact date when I made Jesus my choice was Saturday, 18th July 1981. I cannot forget it.

1 Obala is a small town about 30km from Yaounde, the capital city of Cameroon.

2 Obili is a neighbourhood in Yaoundé, the capital city of Cameroon.

Excerpt from “Encounter The Saviour” by ZT Fomum
Tags: Deliverance

Still Stuck at Home? May The Lord be Your Joy! (Z.T. Fomum) 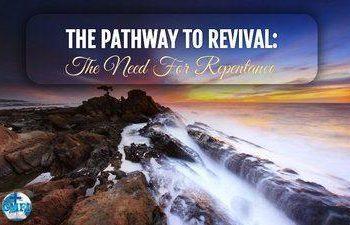 The Pathway to Revival: The Need For Repentance (ZT Fomum) 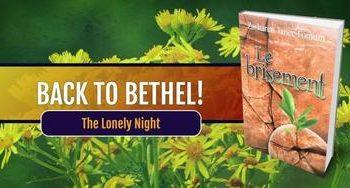 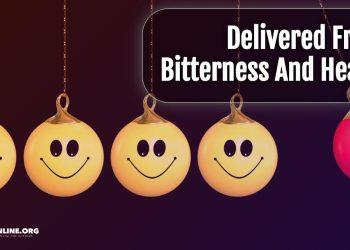